by Dimensions Gallery by Artisan Alley | Dec 21, 2020 | Exhibitions, Past Exhibitions 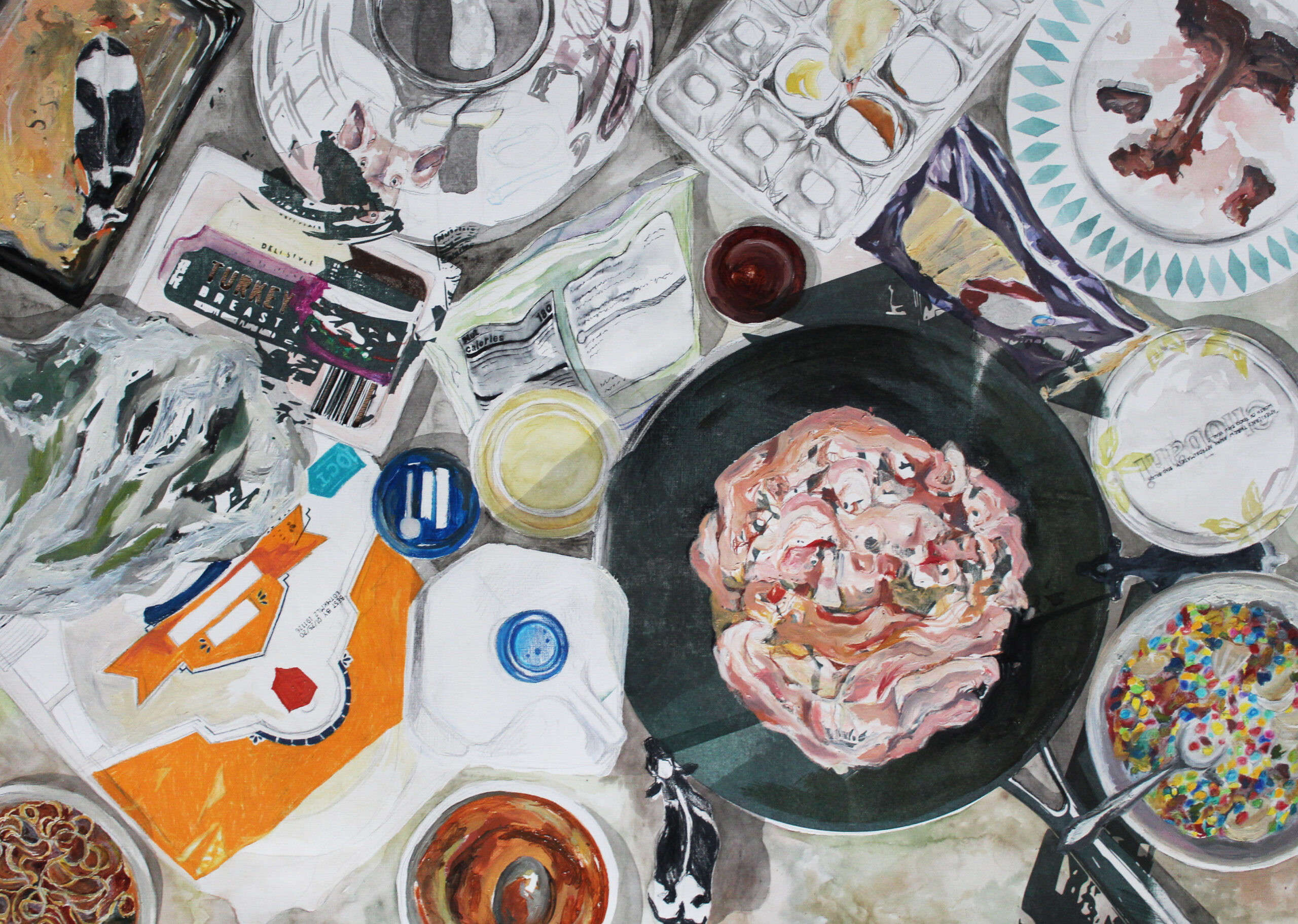 Haley Clancy Inyart is currently Co-Director of The In Art Gallery. Haley received her Bachelor of Fine Arts Degree in Art and Design with a focus in Drawing at Southern Illinois University Edwardsville.

She had a solo exhibition at The Governor French Gallery in Belleville, IL titled ‘Fridges and Freezers’. She has shown work in numerous shows including, the 28th Cedarhurst Biennial Juried Exhibition, the 16th Regional Juried Exhibition at Freeport Art Museum and The Edwardsville 200th Anniversary Show at the Edwardsville Arts Center. Haley has also completed a large-scale sculpture for SIUE’s Sculpture on Campus Competition, she received the ‘Dennis De Toye’ Award’ for her 8-foot sculpture of a steak which can be seen on the SIUE campus. The environment and the meat industry are concepts which her work revolves around.

Haley is an avid runner and spends most of her time outdoors.

“Eating meat has a direct correlation to climate change and it is one of the biggest contributors. It also causes enormous amounts of deforestation, water and air pollution and the unethical treatment of animals. Animals in factory farms are forced to live in confined spaces, barely able to walk around and some don’t ever see sunlight. The next time you eat a piece of meat, think about the suffering, resources and money it took to raise, kill and transport that animal to you.

Using colored pencils and oil paint allows me to bring out the vibrant colors of meat and food packaging and emphasize the advertising that comes along with the food and meat industries. This advertising seems to cover up the issues and horrifying processes that animals are forced to endure. I encourage you to consider the impact of each person on this planet and how your choices affect the planet. “

Listen to the Artisan Alley Podcast