by Dimensions Gallery by Artisan Alley | Jul 30, 2019 | Exhibitions, Past Exhibitions 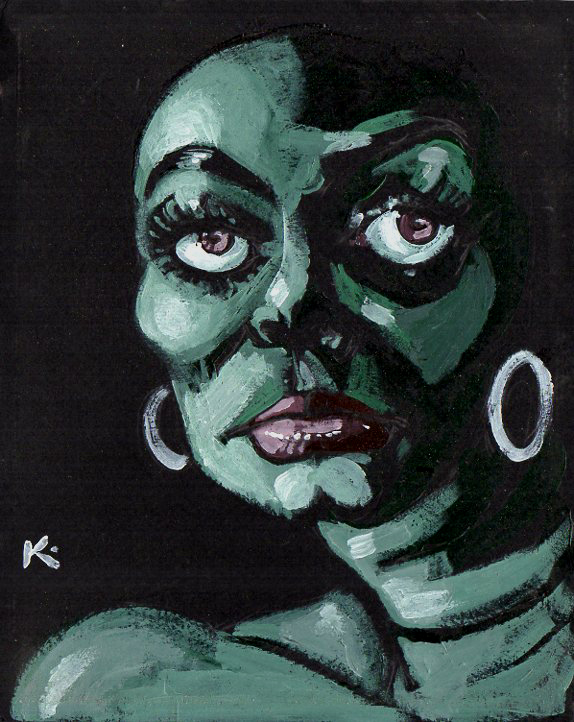 Inner feelings made tangible via brushwork and extravagance. Representative and abstract works in acrylic by Milton Knight.

Milton Knight graduated from BOCES Cultural Arts Center (Syosset, N.Y.), then took a few college classes in art at Hofstra University while beginning a freelance art and writing career.  He left home at seventeen, eyeing out what some would call a semi-living at through crafts while enjoying a lovely semi-homeless existence on Manhattan’s waterfront. He finally landed in a Brooklyn brownstone where  he spent seven water buggy years.

Knight spent the 1980’s on the outskirts of the “radical art scene” of Greenwich Village. A challenging time, if not always a happy one. Labor on Ninja Turtles comics allowed him to get up a grubstake to move to the West Coast in 1991, lured by prospects of a more healthful existence. “There I followed a riot and a few earthquakes while working in animation as a designer, animator, and debuting as a director thanks to a good friend Felix the Cat and yes, I did a spot of work for Disney.

Today Knight works on a stream of independent projects, which have included a first novel, independent animation, and painting. He became a Bloomington resident in June of 2018.

Listen to the Artisan Alley Podcast